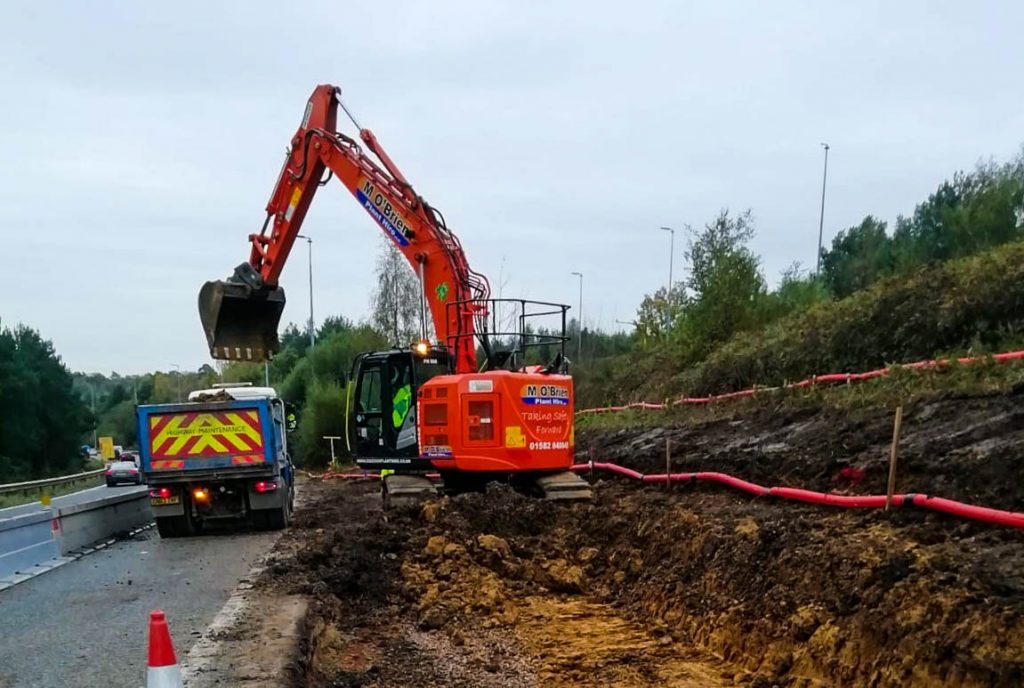 The M O’Brien Earthworks division is proud to announce it has today started work on the 25km motorway earthworks package as part of the M27 smart motorways upgrade scheme being overseen by the joint venture of Bam Nuttall and Morgan Sindall. The contract award marks the second large package secured by the earthworks division during […]

M O’Brien Plant hire has secured its order of 50 new Hitachi excavators for 2018 as part of its fleet expansion programme. The order sees a range of new Dash 6 tier 4 final excavators being delivered through December and January, increasing the firms percentage of tier 4 machinery to 70%. With the Goal to […]

Want to reach out? Click on the icons below to navigate.